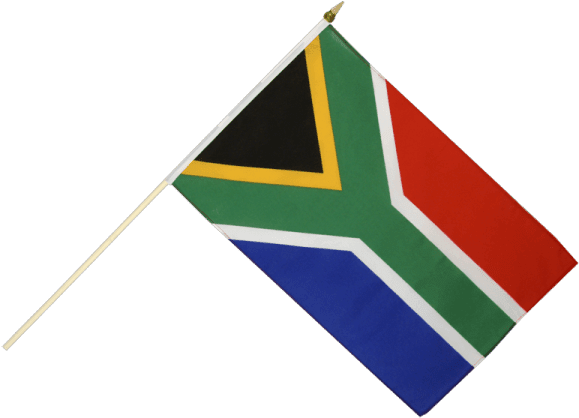 Sikelela Dibela has a passion for bringing quality African coffee to the township of Khayelitsha. His shop is in the garage of his mother’s house – a vibrant social hub in the heart of the community. The coffee he serves to his customers is a balanced blend of beans from Ethiopia, Kenya and Burundi – some of the powerhouses of African coffee culture.

Sikis - A Grounded Taste of Culture

All kinds of colours, cultures and creatives surface at Sikis Koffee Kafé in Khayelitsha. Models stroll in to meet with their photographers, comedians converse over a cuppa about their next performance while white faces pop up occasionally like white spots on a domino. Siki, the founder and owner, started his coffee shop over three years ago in an attempt to bring coffee culture to Khayelitsha. As simple as it sounds, his life has been a rollercoaster filled with bad decisions, good fortune and a metamorphic ton of hard work and dedication. This is the story of Sikelela Dibela, the current Coffee King of Khayelitsha.

Siki grew up in the real sticks of Khayelitsha. He grew up as a natural entrepreneur, selling products on the side of the road in a hustle to help his folks put food on the table. He was a motivated individual but because of the troubled eco-system around him, he found himself living a life of mischief and madness. Then in high school, he transferred to Thandakulo High School in Mowbray in attempt to get a good education and put himself back on track again. After getting in with the wrong group of friends, Siki was peer-pressured to drop out at the end of Grade 9. This put him on the backfoot for life, a 15-year-old with no hopes of furthering his formal education.

Siki decided to follow the family trend and get involved in the food industry, especially considering his mom was a chef at Primi Piatti. He managed to find himself a job at Vida, washing dishes, secretly watching the beauty of the baristas hand, behind the scenes. Speaking to Siki, I asked him why he chose coffee and he responded “I didn’t choose coffee, coffee chose me. I just got lucky with a job at Vida, I would’ve worked anywhere at that point.” He put his money where his mouth was and showed the world his Siki soul, moving up the ranks quickly like a navy seal in the South African army. He went from dishwasher to baker to barista to head barista and finally to store manager in the space of three years. He was then chosen as one of Vida’s top baristas and managers and was offered a position to open the first Vida in London, a Vida on Regent Street. He took the offer with open arms, said goodbye to the people that supported him in Cape Town and boarded the airplane, to start a new chapter of his life.

In London, Siki began a new life and learnt about a new world. He made friends with British locals, tourists and foreigners from all around. He learnt about different cultures, ways of movement and how to hustle in the Western World. One of the people he became friends with in London told him: “When people go back home, everything changes, and you become a different person to the person you were when you left.” This was the point Siki’s life really began to change, he let go of the pain of dropping out of school and began to build the future he wanted to live in his mind.

On his return, he continued to work at Vida but this time with a much more targeted approach. He worked to learn and worked to earn. He studied the art of coffee and the art of what happens in a coffee shop. His most important and interesting piece of insight he gained was that coffee shops were banned in the 17th century in Turkey because they brought likeminded people together to talk about social consciousness and how to right the wrongs of the world. It was at this point that he decided he wanted to bring coffee to Khayelitsha, not just because of his deep love for coffee but because he wanted to create a space for people to collaborate, connect and build the foundations to change South Africa.

He opened his coffee shop in the garage of his mother’s house. He invested everything he had into it and expected a great reception from the start. This never happened and for the first year or so, Siki spent many lonely days, serving no customers and watching people just walk by and wave. However, as time went on and Khayelitsha began to develop, so did its eco-system. The creative scene began to grow and Sikis became the obvious place to have meetings. Siki, also with his vast knowledge of coffee, began explaining and educating people on Coffee, introducing them to the Mocha before the more bitter coffees. His local audience began to grow and people began chatting about social consciousness, about art and about how they can expand their businesses. Tourists, both local and foreign, also started rolling in to get a taste of the township. Siki is still trying to figure out his dream but first he wants to focus on getting the formula for Sikis HQ right and then he’ll expand.

Siki is still small and growing but his determination and vision are what has got him to where he is today. He’s for sure one of the best baristas in Cape Town and is always down to have an awe-inspiring chat. If you’re on your way from Cape Town to Stellenbosch (or anywhere else for that matter), make sure to stop at Sikis Coffee Café along the way located 9 Ntaba Street, Village 1 South in Khayelitsha.

Join our Community of Local Entrepreneurs

This website uses cookies to improve your experience while you navigate through the website. Out of these cookies, the cookies that are categorized as necessary are stored on your browser as they are essential for the working of basic functionalities of the website. We also use third-party cookies that help us analyze and understand how you use this website. These cookies will be stored in your browser only with your consent. You also have the option to opt-out of these cookies. But opting out of some of these cookies may have an effect on your browsing experience.
Necessary Always Enabled
Necessary cookies are absolutely essential for the website to function properly. This category only includes cookies that ensures basic functionalities and security features of the website. These cookies do not store any personal information.
Non-necessary
Any cookies that may not be particularly necessary for the website to function and is used specifically to collect user personal data via analytics, ads, other embedded contents are termed as non-necessary cookies. It is mandatory to procure user consent prior to running these cookies on your website.
SAVE & ACCEPT
Scroll to Top
Confused about something?